JACKSON, Tenn. — Jeffrey Naugle appeared Monday in Jackson City Court on a theft charge. He is accused of hiding stolen merchandise in a diaper bag Saturday at Walmart in north Jackson, according to court documents. 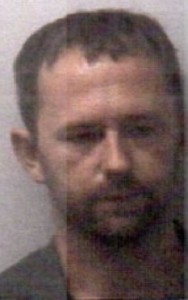 Also in court Monday was Wanda Jowers. She is accused of stealing $340 worth of perfume from Belk on Saturday. “Concealed them in her purse,” Jackson City Court Judge Blake Anderson read from an affidavit. “Passed all points of sale without paying.”

Jowers is currently being held at the Madison County Jail in lieu of $3,000 bond.

Tammi Threet also appeared Monday in Jackson City Court on an aggravated assault charge. She is accused of trying to hit her ex-boyfriend with a vehicle Sunday night at a gas station on Hollywood Drive, according to court documents.

“Circled the gas pumps he was standing at multiple times and then put the car in reverse and attempted to back over him,” Judge Anderson read from an affidavit.