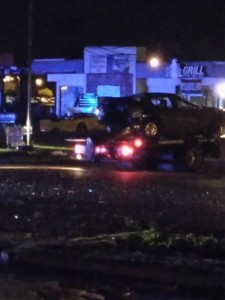 Jackson police said the wreck happened around 11 p.m. Monday in the 700 block of Old Hickory Boulevard. Officers said a car hit a utility pole and knocked down several power lines. Investigators said the person went by ambulance to a local hospital.

Police said the crash is still under investigation.

There was no word on the driver’s condition.