Heavy Rain from Harvey in the Forecast Later This Week

A Flash Flood Watch has been issued for most of West Tennessee (Benton, Carroll, Chester, Crockett, Decatur, Dyer, Fayette, Gibson, Hardeman, Haywood, Henderson, Henry, Lauderdale, Madison, Shelby, Tipton, and Weakley counties) from 1 p.m. Wednesday through 7 p.m. Friday. 2″-6″ of rain are forecast for most of West Tennessee but with isolated totals of 6″-10″ possible in localized areas. The heaviest rain is forecast to fall from Thursday afternoon through Friday morning.

Keep an eye out for updates to those forecast totals as this system continues to change day-by-day! 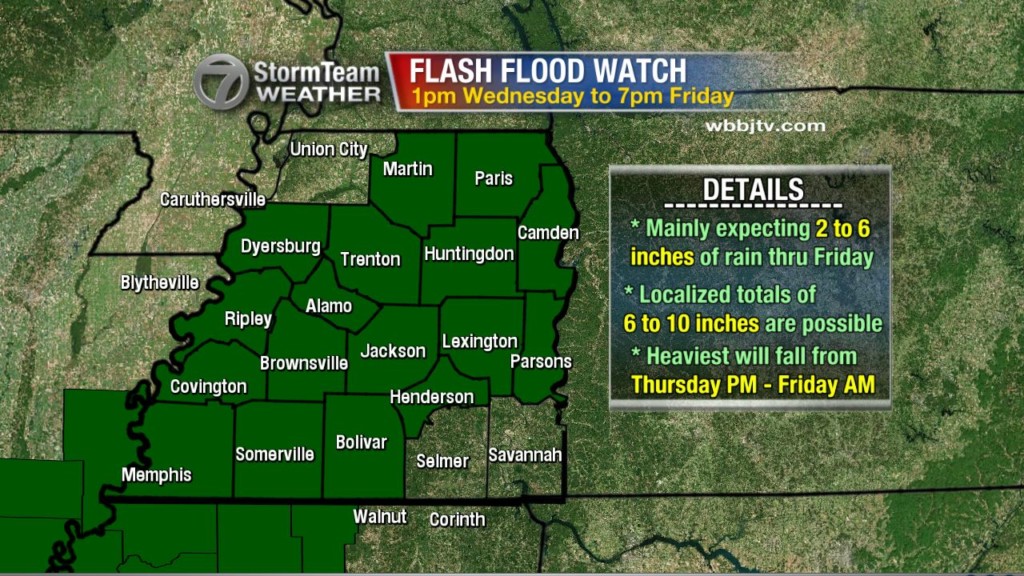 So far, we’re rain-free, but we won’t be that way for much longer. The second half of this week, specifically from Wednesday through Friday could produce more that twice the amount of rainfall that we’ve had for the entire month of August in 3 days. Harvey is forecast to move up the Mississippi River and push right through West Tennessee. 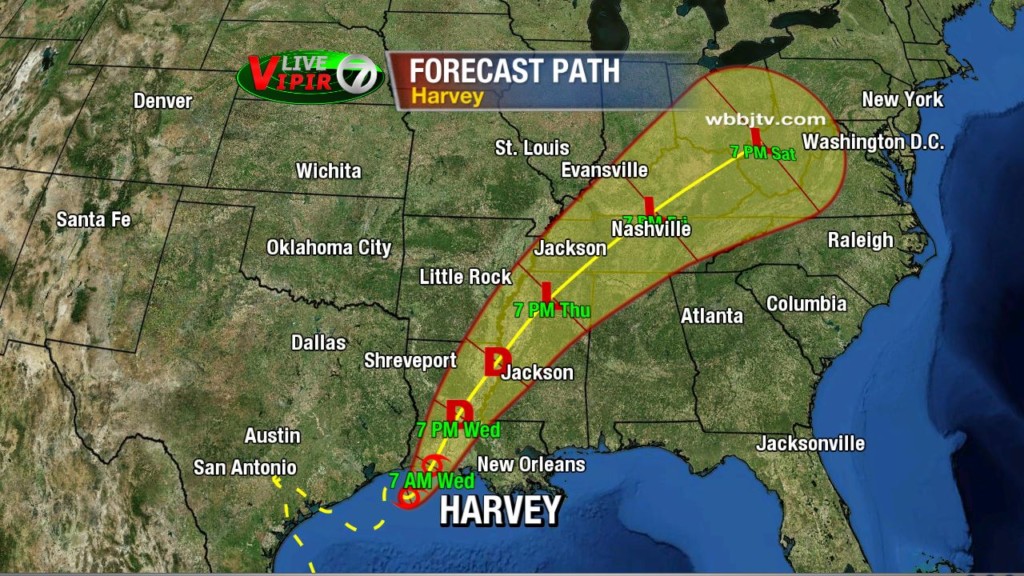 TONIGHT
Clouds will continue to increase as we go through the night, but with only a 20% chance for rain, most of West Tennessee will stay dry. The likeliest chance for rain extends to parts of West Tennessee south of I-40 where the first rain bands associated with Harvey will move in Wednesday. Temperatures will only fall to the middle and upper 60s by sunrise.

Off-and-on showers and thunderstorms are likely from Wednesday through Friday. We’re monitoring the risk for severe weather during those days as well as the potential for flash flooding and even a few tornadoes. We’re currently expecting 2″-6″ of rain for most of the area, but there may end up being localized totals of 6″-10″ when all is said and done.

Stay tuned in to WBBJ 7 Eyewitness News for the latest forecast with updated forecast rainfall amounts and stay with the VIPIR 7 Storm Team on-air and online for more updates!