New details have emerged in the case where a 13-year-old boy and his father were found shot to death inside their Hardeman County home in October of last year. 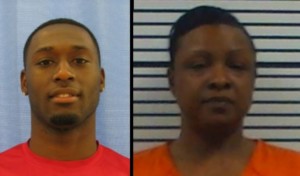 HARDEMAN COUNTY, Tenn —  Within the last two days, authorities have made two additional arrests in connection to a double homicide. The latest suspects now brings the total to 5 people accused in the deaths of 13-year-old Javarrie “JoJo” Robertson and his father, Joe Robertson.

The TBI confirmed Marquenton Williams, 28, and Erica Beard, 42, were booked into the Hardeman County jail, both charged in connection to a double homicide in Toone last October.

Community member, Randy Crews said, “it’s sad for anybody to get murdered, but especially a son and a father together.”

Williams was arrested Monday August 28 in Tippah County, Mississippi and brought to the Hardeman County jail. Beard was taken into custody the following day. People in the community remember the tragic day both Robertson and his son’s lives were taken, and some said they cannot believe two more suspects have been named as part of this investigation. 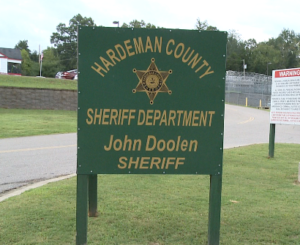 “We know that it had to be someone who watched them and knew what they were doing and where they were going,” Crews explained.  “It’s just really shocking to me and it really makes you feel sad about our society as a whole.”

“From one perspective, I’m glad that they got the people who committed the crime, but it also says that we as a community need to get more involved actively in our community,” Crews said.

In addition to those new arrests three others, Andrian Bullock, Damien Hamer and Jeremy Hamer were all charged back in October with First Degree Murder and are currently awaiting trial.

Williams is currently being held without bond and Beard is being held in lieu of $1,000,000 bond.

According to the Hardeman County clerk’s office, both suspects will face a judge next month.