A Flash Flood Watch has been issued for all of West Tennessee through 7 p.m. Friday. 2″-6″ of rain are forecast for most of West Tennessee but with isolated totals of 6″-10″ possible in localized areas. The heaviest rain is forecast to fall during the day on Thursday through midnight Thursday night (12 a.m. Friday). 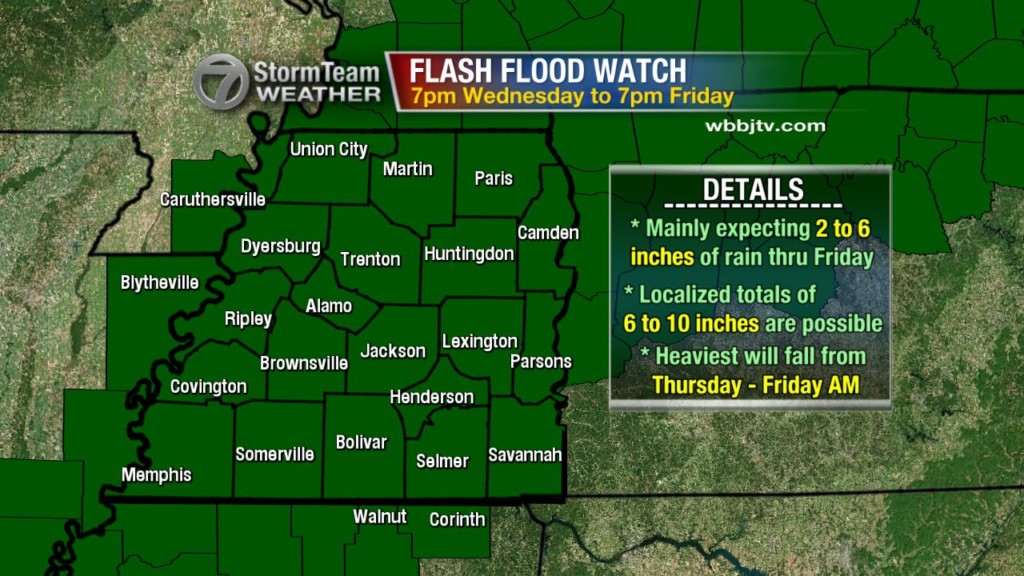 TONIGHT
Bands of rain associated with Tropical Storm Harvey are already sweeping across this Mid-South this evening. This is just the beginning of the heavy rain as more showers and thunderstorms are expected to develop in the area tomorrow. As little as a trace to as much as 2 inches of rain could fall between now and noon on Thursday. Temperatures will only drop to the upper 60s under cloudy skies with breezy winds from the east-northeast at 5 to 10 miles per hour.

Tomorrow will be when we feel the greatest impacts from Tropical Depression Harvey. Showers and thunderstorms will be ongoing throughout the day (we have a 100% chance for rain) with the heaviest rain falling between 12 p.m. Thursday to 12 a.m. Friday – especially during the later hours of the afternoon and evening. During that time, we’re monitoring the potential for flash flooding and a slight risk for severe weather. A few thunderstorms may produce damaging winds and even a few tornadoes near the Tennessee River. However, if Harvey ends up moving farther east than currently forecast, we’re going to see the threat for tornadoes drop. 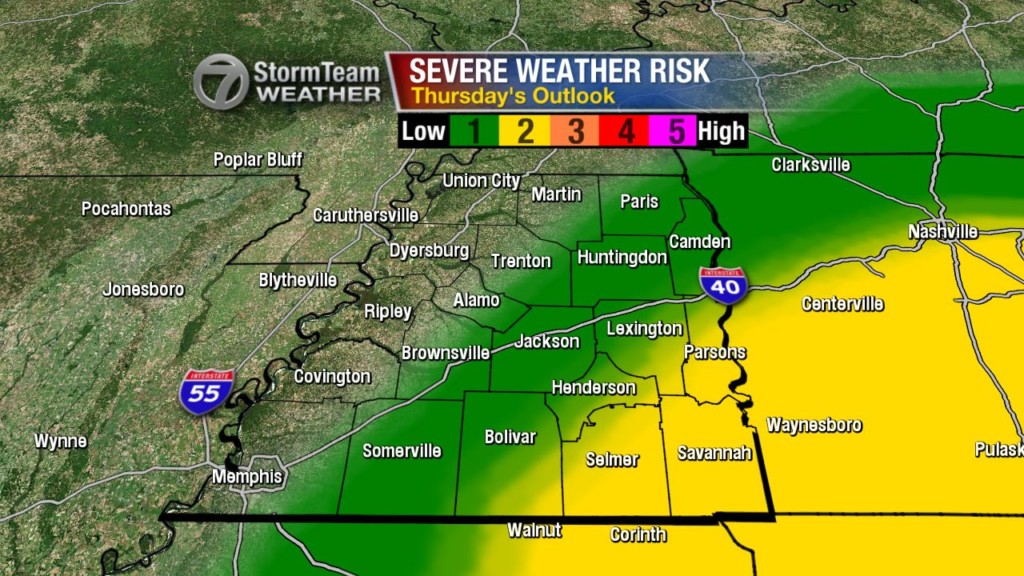 A Wind Advisory is in effect for all of West Tennessee with a potential for maximum sustained winds between 25 and 35 miles per hour with gusts up to 45 mph during Thursday afternoon and Friday morning. 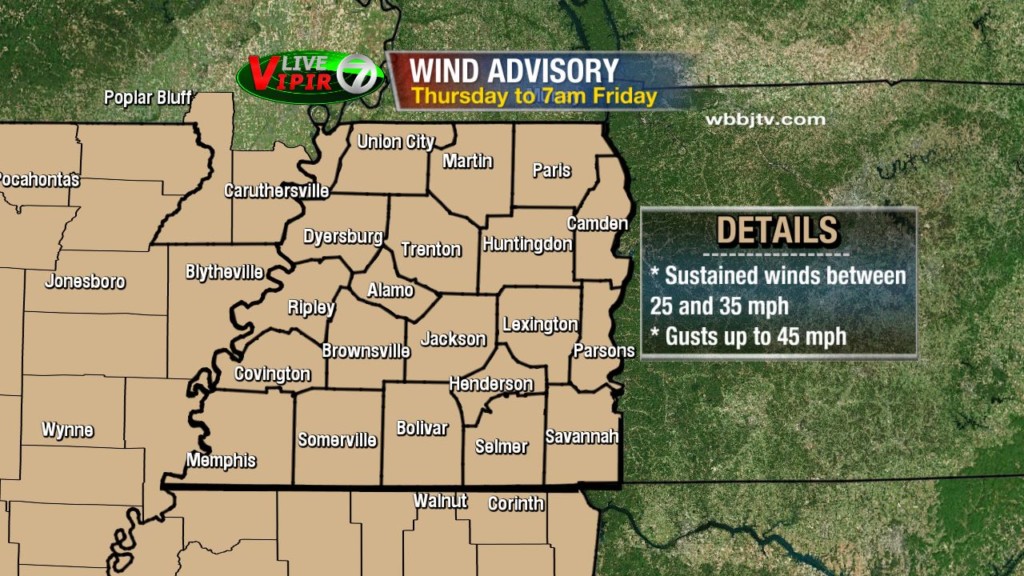 Rainfall leading to flash flooding will be the greatest threat for our area. Here’s a look at the forecast rainfall map for West Tennessee. 2-6″ of rain is expected for most while isolated amounts of 6-10″ will be possible. 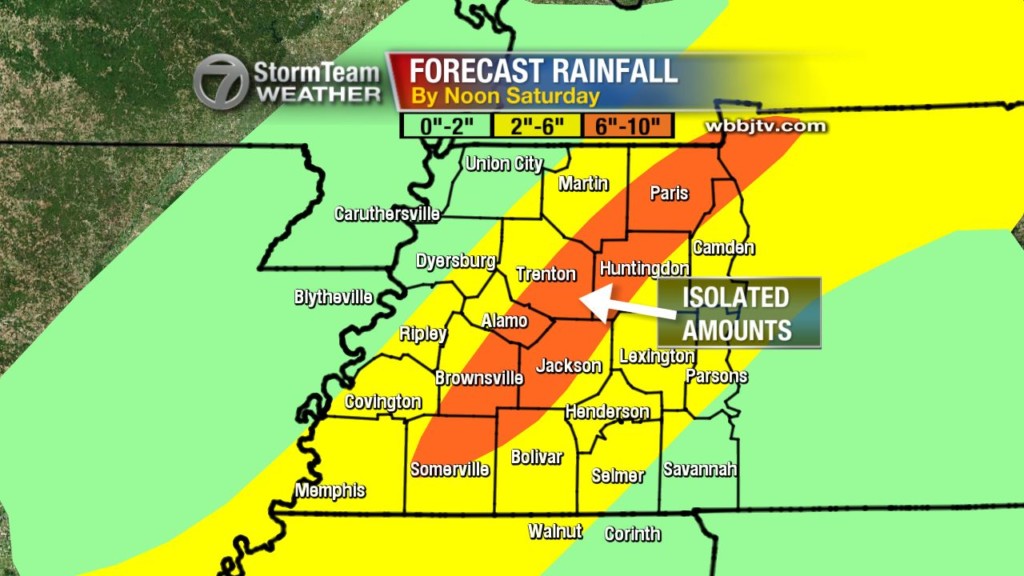 Stay tuned in to WBBJ 7 Eyewitness News for the latest forecast with updated forecast rainfall amounts and stay with the VIPIR 7 Storm Team on-air and online for more updates!