Forest camp fees in TN, KY among those waived for people displaced by flooding

LOUISVILLE, Ky. (AP) — National forests in Tennessee, Kentucky and West Virginia are among more than a dozen across the South waiving campground fees for people displaced by recent flooding in Texas and elsewhere. 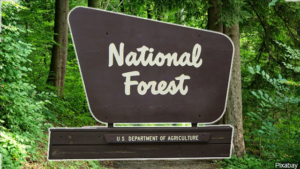 The Forest Service recommends calling ahead or checking websites to determine what’s available. They say people requesting campsites should check in with campground hosts at each site.