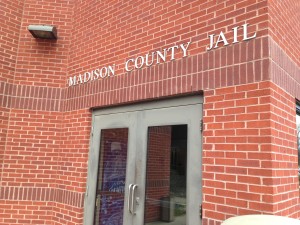 JACKSON, Tenn. — A man has been charged with introduction  of contraband into a penal institution after records say that a jailor found crack cocaine in the suspect’s sock.

Shortly after midnight today, officers with the Jackson Police Department attempted to conduct a routine traffic stop when, according to police documents, the driver of the vehicle failed to stop after officers activated their lights and sirens. The driver, identified as Anthony Carter in police documents, then allegedly led police on a low-speed pursuit before being placed under arrested and charged with felony evading.

After being transported to the Madison Co. CJC for housing, a jailor reportedly found the crack cocaine in Carter’s sock.