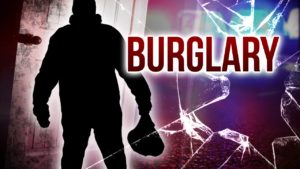 MILAN, Tenn. — An unknown burglar has allegedly targeted the Dollar General on Ellington Rd. in Milan, Tenn. According to a report given to our newsroom by the Milan Police Department, when the manager of the store arrived to open for the day, she observed that the door on the store’s safe had been removed. The manager also noted that a hole had been cut into the back wall of the building.

Police then reviewed surveillance footage of the incident, where an unknown subject can be seen entering the building and breaking into the safe. A tracking device placed in with the money was also recovered on the scene, having been discarded by the burglar before exiting the building. The unknown burglar made away with nearly $5,000.

The investigation into the burglary is on-going, and WBBJ will have more updates about this case as they become available.