JACKSON, Tenn. — A shooting in east Jackson sends two people to the hospital. 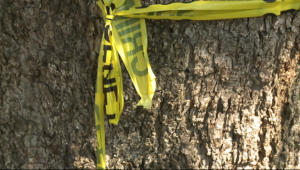 Jackson police say it happened around 2 a.m. Monday on Hillcrest Circle Drive. Officers confirm a man and woman were shot after a fight.

Police say both victims went by ambulance to a local hospital with injuries that were not life threatening.

Investigators say they are still working to develop suspect information.