BROWNSVILLE, Tenn. — Fall is right around the corner, so for one West Tennessee artist it’s time to get to work to turn his yard into a Christmas wonderland. 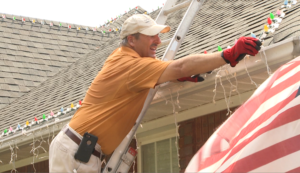 “So I’ll work every single weekend from now till then,” David Markowski said.

There was no rest for Markowski on Labor Day. He puts up more than half a million lights every year on his 10-acre property in Brownsville.

He will flip the switch for opening night the Saturday after Thanksgiving, using enough electricity to power three homes during the holidays.

Why put up Christmas lights in his free time? Just so people can drive through for the free light show. 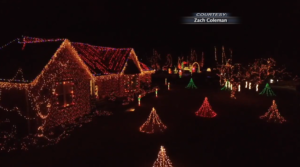 “Just the community,” Markowski said. “I love doing it for the people that love to come out every year.”

Markowski started working on some new light displays in May, but he doesn’t want to spoil all his surprises.

“Don’t want to give everything away. I’ll tell one thing,” Markowski said. “We will have a snowman with a penguin on his back, and he’ll be sliding down a big hill.”

With a few months left until the big reveal, Markowski says to feel free to stop by and check out his progress. It’ll be worth it in the end.

“All this hard work, when the lights come on, I get to see all of the faces,” Markowski said. “And the people that love to see it so much. And that is why I do it.”

Markowski says he plans to take a break to grill some ribs before the end of the holiday weekend.