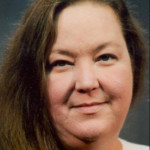 Donna was born on June 15, 1957 in Jackson, TN to Billy and Marian Casey. Donna attended the University of Alabama in Huntsville, graduating with a degree in Nursing in 1980. Donna started her career in cardiology at UAB where she rose to a position of Nurse Manager; later becoming the UAB Dialysis Access Coordinator, where she was well known as a strong patient advocate. She was highly respected in the field of nephrology and often presented at conferences for the American Nurses Association. In addition to her distinguished career in healthcare, Donna enjoyed traveling, camping, water sports, amusement parks, college football, and spending time with family. She especially loved trips to the beach, and cheering her beloved Tennessee ‘Vols’ at college football games with her sons, granddaughter, and other family members. She was a focused caregiver in service to her patients and a loving friend, sister, and mother. A wake is scheduled for Sunday, September 3, 2017 from 2pm until 4pm at Southern Heritage Funeral Home in Pelham, AL, with a graveside service to follow at 2pm on Monday at Big Springs Cemetery in Pinson, TN. All are welcome to attend and celebrate Donna’s life.