HUMBOLDT, Tenn. — Police are warning local businesses to watch out for fake cash. 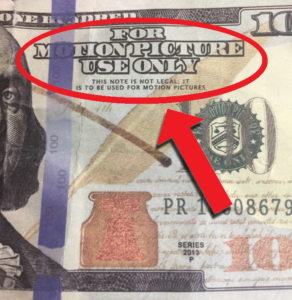 Officers have received complaints about counterfeit money being passed at several local businesses, according to a release from the Humboldt Police Department.

Some of the bills are marked “for motion picture use only” and have been used illegally in recent months at local businesses, according to the release.

Police ask business owners to instruct their employees to check the bills.

The bills can be legally purchased for theatrical use, but anyone caught trying to pass them off as real money can be charged with a crime, according to the release.

If you encounter someone trying to use the fake bills, call the Humboldt Police Department at 731-784-1322.