Tonight Will be the Coldest Night Since May

Skies are clearer now in West Tennessee with calm winds. By sunrise at 6:32 a.m. Thursday, temperatures will start out in the middle to upper 40 and lower 50s. This will feel more like the middle of October than early September! On average, Jackson doesn’t have the first 40-degree day after August 1st until September 19th, so this will be a little under 2 weeks ahead of schedule. It will be interesting to see if this pattern keeps up to get the leaves to change sooner than normal! 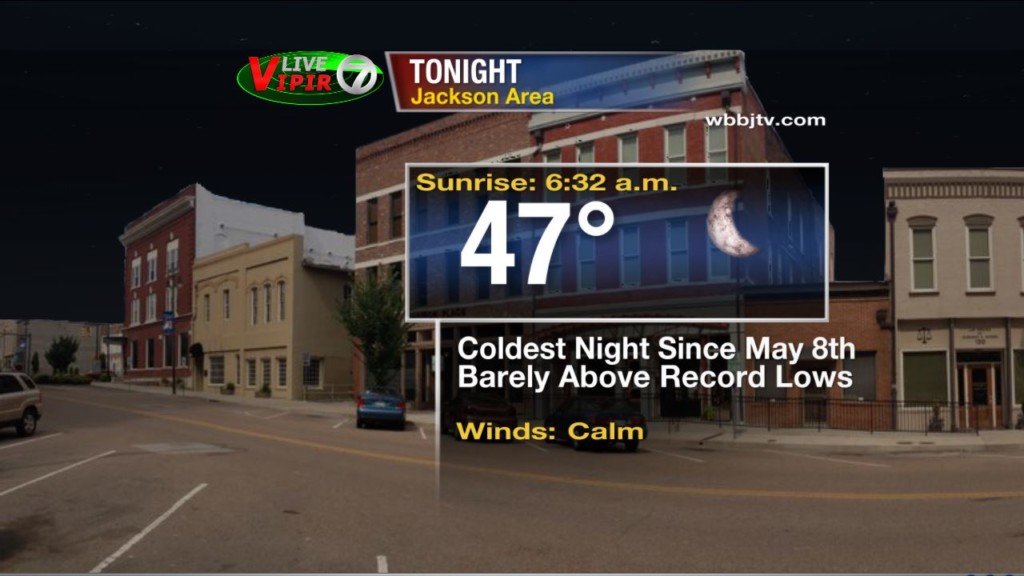 High pressure is settling into the Mid-South to keep our rain chances low. Temperatures will warm up to the middle and upper 70s for the next several days with lots of sunshine. Hurricane Irma could bring som rain to West Tennessee next week but between now and then, we’ll likely stay dry.Stay tuned to WBBJ 7 Eyewitness News for the chilly forecast, any updates on the tropics, and stay with the VIPIR 7 Storm Team on-air and online for more updates!

TROPICAL UPDATE – 10:00 p.m. CDT Wednesday
Hurricane IRMA is still a Category 5 hurricane with maximum sustained winds of 185 mph. This storm is moving west-northwest at 16 mph. The current forecast keeps IRMA on the westward path through the remainder of the week and has already caused catastrophic damage to islands in the Caribbean. While the forecast is subject to change, Florida (especially the east coast of Florida) remains in the path of this powerful storm. Keep an eye out for updates. 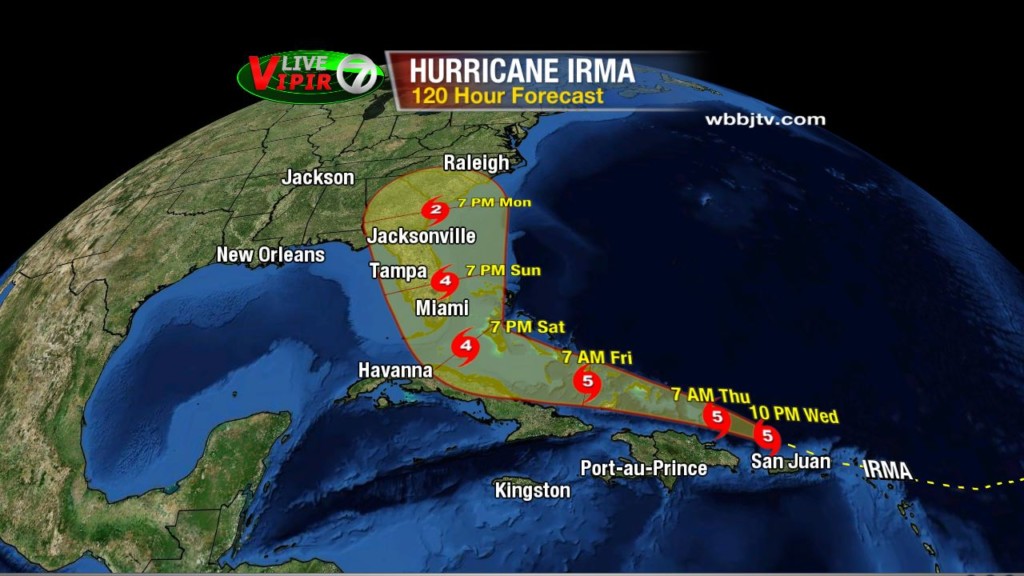