CARROLL COUNTY, Tenn. — A family desperately searches for a mother of two who has been missing for more than a dozen years. 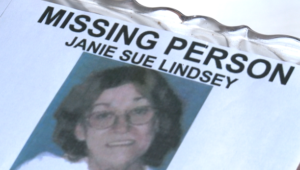 It is a case that has gone cold over the years, but a renewed plea for help from the family will hopefully bring them answers.

With nearly a month away from the 13th anniversary of Janie Sue Lindsey’s disappearance, her daughter still has hope.

Lindsey’s daughter, Phelicia Rodgers, says bringing her mom’s story back to the forefront will encourage those who know something to say something and hopefully give their family peace of mind.

“I realize that there are cold cases out there, and I didn’t really want my mom to be a cold case,” Rodgers said.

Lindsey was 55 years old the last time she was seen by family members. “My mom and I were best friends. We did everything together,” Rodgers said.

Rodgers said not a day goes by that she does not think about her mom. “I would just love for them to find her and us to be able to put her to rest with my father,” she said.

Investigators with the Carroll County Sheriff’s Department said Lindsey was last seen in the vicinity of a gas station near Veterans Drive North on Oct. 10, 2004.

“People just don’t vanish off the face of the earth,” Rodgers said. “And that’s what it seems like has happened, you know — that she just vanished.”

Three days after Lindsey’s disappearance, her vehicle was found near the intersection of Grooms Road and Bobbitt Road. Rodgers said she believes her mom’s case was swept under the rug, and she believes someone in the community knows what happened. 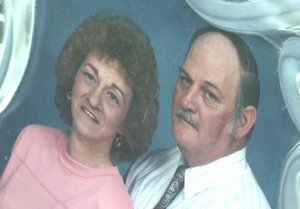 “Whether she be alive or not alive, I want to put my mom beside my dad in a final resting place if it comes to that,” Rodgers said.

Family members said there will never be any real closure because they’ll always feel the hurt and pain, but they still hold on to faith knowing she’s out there ready to come home.

“I don’t know what to say. I miss her every day,” Rodgers said.

One of the lead investigators, who originally worked the case, said searches have been done over the years but they never found any hard evidence.

If you have information about the whereabouts of Janie Sue Lindsey, contact the Carroll County Sheriff’s Department at 731-986-8947. You can also contact Phelicia Rodgers personally. Her number is 731-414-6910.