MADISON COUNTY, Tenn. — We first brought you the story back in March after a wreck killed one person and injured another. Months later, charges have been filed against the driver of the car. 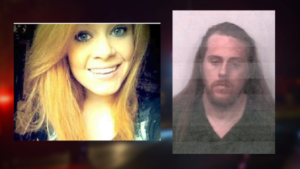 “There was a Chevy Silverado that had traveled off the roadway and it flipped,” Madison County Sheriff’s Office Spokesman Tom Mapes said. “We found Mr. Damron sitting on the ground there near the crash and Ms. Gordon in a ditch.”

Gordon did not survive the crash. Officials say Damron was behind the wheel. Almost six months later, he now faces multiple charges.

Damron was booked Aug. 30 into the Madison County Jail. We asked officials what took so long for charges to be filed.

“Every time you have a vehicular homicide, there’s a tremendous amount of investigation that goes into the report, for instance, who was the driver?” Mapes said.

We reached out to the Gordon family, and they say they want justice for their loved one. They say Katie was interested in journalism and was a great writer.

It’s a loss not just touching family and friends.

“To have lost a 22-year-old daughter, it’s heartbreaking. I have three girls and five granddaughters,” Mapes said.

That makes it a tough job for investigators.

“It’s the hardest job a law enforcement officer has to do, whether it’s Tennessee Highway Patrol, Jackson Police Department, or us [Madison County Sheriff’s Department], to go and knock on the door with the sad news that your loved one has died,” Mapes said.