JACKSON, Tenn. — “…so let us celebrate, and appreciate, our differences,” said the artist on stage. 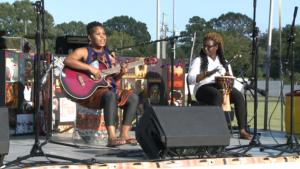 This was one of the messages, organizers say, they wanted guests to take from the 28th annual African Street Festival.

“We call it a party with a purpose, because actually this year’s theme is celebrating the power of our ancestors because from them is where we grow strength, and in order to go somewhere, you have to know where you come from,” said Wendy Tricemartin, president of the Society for African American Cultural Awareness.

Festival representatives say, economic opportunity is also an important part of the festival with a variety of African inspired food and retail vendors. One vendor told us, all of her items come straight from women in Kenya. 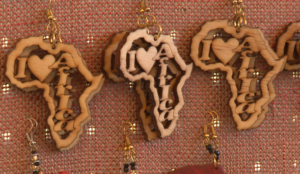 Anyongo says, not only do the items she sells at her booth reflect African style, but they also help support her family and friends back home.

“To support those women back there really makes a difference. Just giving them a dollar or two dollars is way more than anything else,” Anyango said. “They really appreciate that.”

Organizers say, their event is part of a bigger picture. 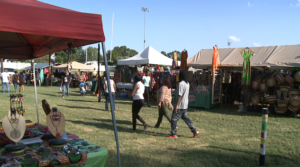 “We all are one, you know, it’s unity, and it’s great to think about other cultures and to learn about every different culture,” Tricemartin said.

Tricemartin says the next event hosted by the Society for African American Cultural Awareness is scheduled to be during Kwanza. She says, they plan on holding a celebration at various churches throughout Jackson, ending with an event at T.R. White Sportsplex on New Years Eve.