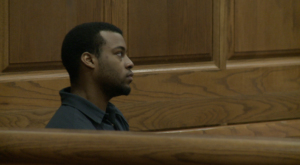 Judge Kyle Atkins sentenced Trimon Pruitt to 24 years in the Department of Correction for the December 2015 shooting death of 25-year-old Tony Willoughby.

He called Pruitt a range-one offender with not much consideration of human life, adding probation cannot be an option.

Members of the victim’s family testified before the sentencing, saying Pruitt deserves the maximum.

“I will have to forgive him, not just for him but for myself, and I pray that he seeks God and turn back to the Lord and ask for forgiveness,” Danielle Watford, mother of Tony Willoughy, said.

When Pruitt was asked by the prosecution if he had any remorse for everything that’s happened, he said no.

“I just want to tell the family of Mr. Willoughy, I’m sorry for their loss,” Pruitt said.

In August, the jury found Pruitt not guilty of first-degree murder but guilty of second-degree murder in the December 2015 shooting death of Willoughby. Members of the victim’s family approached the witness stand to testify before the sentencing.

They said Pruitt deserves the maximum sentence of 25 years while the defense asked the minimum of 15.

Both Pruitt’s and Willoughby’s families embraced each other after the sentencing and said they are relieved they can finally move forward. 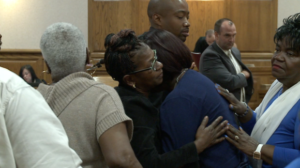 Police say Pruitt shot Willoughby multiple times. He was later found lying on the side of the street near the Allenton Heights apartment complex.

The court heard testimony from Pruitt who admitted to being a member of the Vice Lords street gang. He says the night of the murder he was with his grandmother and went to church.

Investigators spoke with a man who told them he had driven Willoughby to the apartment complex to meet someone. The man told them it was during the meeting that a man approached Willoughby and started shooting.

Police found and talked to a witness who identified Pruitt as the gunman, according to court papers. The witness told officers Pruitt shot Willoughby multiple times and then chased him across the street and shot him again as he lay on the ground.

In April 2016, two of Pruitt’s alleged fellow gang members took the stand to testify against him during his preliminary hearing.

The two professed Vice Lord gang members testified that Pruitt shot Willoughby over a violation within the street gang.