HARDIN COUNTY, Tenn. —  After years of delay, the long-awaited murder trial for a man accused of killing nursing student Holly Bobo began Monday. The trial started with opening statements from the state and defense. 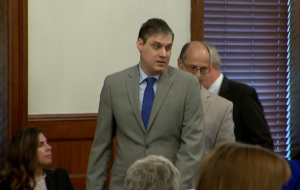 Adams pleaded not guilty to all charges. Shelby County Assistant District Attorney Paul Hagerman was the first to address the jury.

“He took her, he raped her, he killed her, he discarded her, he covered it up, he bragged about it and he almost got away with it,” Hagerman said.

Hagerman went on to describe a phone call the day Bobo disappeared between Zach Adams and Jason Autry, another man charged in connection with Bobo’s death.

“He describes how he wanted morphine and Zach wanted help. He needed Jason’s help with something,” Hagerman said.

“This happens to be one of those tragedies in which somebody who was a good person, something bad happened to that person,” defense attorney Jennifer Thompson said. “However, Zach Adams is not the person who’s guilty of this crime.”

Thompson said investigators looked at several people as suspects, even members of the Bobo family, before charging Zach Adams.

Both the state and defense brought up Jason Autry’s testimony and cell phone records as being crucial to this case.

The trial will continue throughout the rest of the week.