HARDIN COUNTY, Tenn. — WBBJ 7 Eyewitness News showed you what happened in the first half of the trial Tuesday as law enforcement representatives involved in the case took the stand. 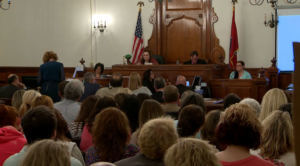 Former Decatur County Deputy Tony Weber said he recalls at least two of Holly’s last cell phone pings tracing back to a location near the house of Zach Adams.

TBI special agent Lawrence James said the blood found in the Bobos’ carport, which he says came back as a partial match to Holly’s, was smeared in a way that possibly indicated a struggle.

A neighbor, Christee Clenney, gave her testimony, recalling she saw a white pickup truck with a driver who resembled Adams driving suspiciously in Holly’s neighborhood close to the time of her disappearance, but she could not confidently identify his photo in a lineup.

As the trial moved forward, Adams’ former girlfriend, Rebecca Earp, took the stand Tuesday afternoon. She described a fearful night back in July of 2011 that she says she will never forget.

“He held me down and was trying to tie my feet up with one of his belts, and he told me that he was going to tie me up just like he did Holly Bobo, and nobody would ever find me again,” Earp said.

She also talked about a day she says she overheard Adams and Shane Austin making questionable comments about Holly.

“I was cooking supper, and the news come on, and they were talking about Holly missing,” Earp said. “And Shane kind of smirked and started laughing, and Zach made the comment and said, ‘they’ll never be able to find her.'” 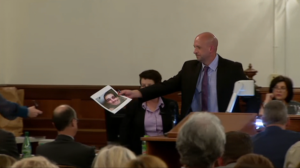 Earp later said the two men told her they had only said that to see if she would go to the TBI, which she said she did. Earp also described seeing scratches on Adams’ neck the day Holly went missing.

The subject of Adams’ alleged drug use was also mentioned in Earp’s testimony.

“After his grandmother passed, he got on morphine,” Earp said. “Was he on any other drugs as well?” Hagerman asked. “Meth,” Earp said.

But his former girlfriend admits this was something that brought them together. 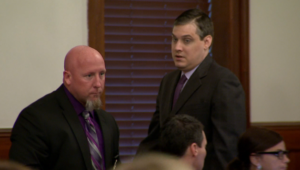 The defense made it clear they thought Earp may have intentions of her own.

“You want to help them convict Zach though, don’t you?” Thompson asked. “I mean, yes,” Earp said.

The trial for Adams will resume at 9 a.m. Wednesday in Savannah. Stay with WBBJ 7 Eyewitness News on air and online for continuing coverage.