BOLIVAR, Tenn. — After missing for more than 24 hours, the search for an 83-year-old man suffering from Alzheimer’s is underway in Hardeman County. 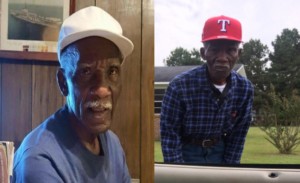 James Perry, 83, was last seen around 11 a.m. Tuesday at his home on Hollywood Acres Lane in Bolivar, according to the Hardeman County Sheriff’s Department.

Boots were on the ground and a drone was in the air Wednesday in an effort to bring home Perry, a retired school teacher.

“We have rescue squad also en route because we have some heavy wooded areas that need to be searched,” Hardeman County Sheriff John Doolen said.

The tracking dog searched for a scent on Hollywood Acres Lane near Perry’s home. Deputies believe he is on foot and was last seen wearing a white polo shirt and blue jeans.

“Everybody is watching out for him because everybody knows him, and he would walk off,” concerned neighbor Eugene Ellison Jr. said. 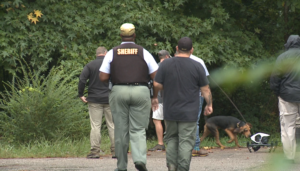 “You’ll have to watch him because sometimes he’ll be going Three Way Road. You’ll see him. You have to pick him up and bring him back,” neighbor Dorthy Beauregard said.

Perry is five feet eight inches tall, has a dark complexion and is bald with a gray mustache.

Neighbors say Perry has lived in the area more than 40 years and they want to see him come home.

“I hope we find him alive. I pray for that,” Beauregard said.

If you have seen Perry or have any information regarding his whereabouts, call the Hardeman County Sheriff’s Office at 731-658- 3971.