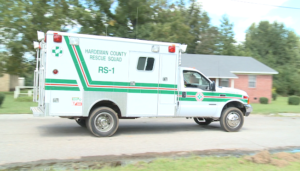 At the command center on Hollywood Acres Lane, multiple search teams are on the lookout for the missing 83-year-old.

“Everybody loved Mr. Perry, and I pray and hope that they find him alive and well,” concerned neighbor Rosie McKinney said.

It’s been two days since anyone has seen or heard from Perry.

“I’ve known Mr. Perry pretty much all my life,” volunteer Larry Coleman said. “He was a school teacher at our middle school.”

Perry’s absence is felt throughout his community.

“He always took care of the neighborhood kids,” volunteer Terry Neely said. “Like when we were smaller going to school, he’d get us a haircut and everything. We didn’t even have to pay him sometimes.”

The Hardeman County Rescue Squad along with rescuers from Hardin County continued to canvass the area.

“Found out about what happened, so we just wanted to kind of pitch in and just be some extra eyes out here looking,” Coleman said. 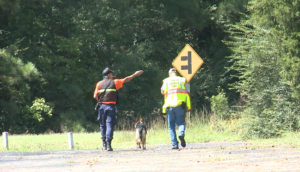 “It’s amazing to see so many people that want to help,” McKinney said. “The helicopter and people just, this place has never had so much traffic on it.”

Off camera, Perry’s younger brother says he suspects James walked off and got a ride somewhere, and he hopes he’s found.

“He told me it’s time for everybody to get right,” McKinney said. “Here that man is, has dementia and he’s still talking about the Lord.”

According to Sheriff John Doolen, crews will be here until they have exhausted every option.