UPDATE — Kenslie Scott was located around 6 a.m. Friday and was released to her mother, according to the Fayette County Sheriff’s Department.

FAYETTE COUNTY, Tenn. — Investigators are asking for help to find a missing juvenile. 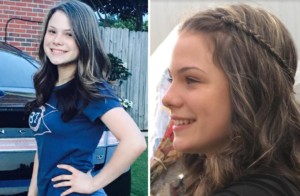 Scott is classified as a runaway juvenile, according to the release.

She was last seen wearing blue jeans, a white hoodie and black shoes.

Anyone who has seen her or has information about her location is urged to call the Fayette County Sheriff’s Office at 901-465-3456.