MCSO will host ‘Financial Crimes Against Seniors’ training in 2018

JACKSON, Tenn. — Next year, the Madison County Sheriff’s Office will host a federally funded training in its new facility. 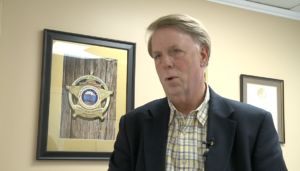 Madison County was selected as one of eight host locations for the “Financial Crimes Against Seniors” training. Law enforcement from across the county will be invited to the new regional training facility at the old West Middle School.

“This is to bring in people and officers so they will learn the new scams that are out there,” Madison County Sheriff John Mehr said. “They will also learn how to help combat this problem and to educate.”

Sheriff Mehr says from this training officers will be better equipped to advise seniors so they won’t become victims.