UPDATE — A suspect on the run in Benton County is now in custody, according to the sheriff. 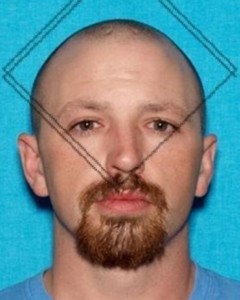 The sheriff says Morgan is being transported by EMS to be checked out at a local emergency room.

Morgan will now face additional charges including theft of a four-wheeler and evading.

Two Benton County officers captured Morgan about half a mile from where he was last seen on Cemetery Road, according to Sheriff Christopher.

Sheriff Christopher wanted to thank all the agencies who helped with the search. He credits their cooperation with Morgan’s quick capture.

The Jackson Police Department and Tennessee Highway Patrol both sent helicopters to help with the search effort.

The Tennessee Department of Correction provided K-9 units, and other officers came from as far away as Memphis.

BENTON COUNTY, Tenn. — U.S. Marshals and local law enforcement officers are searching a wooded area for a man they say is believed to be armed and dangerous.

David Morgan is wanted on charges of aggravated assault, aggravated burglary, and theft of property, according to a release from the U.S. Marshals Service.

Morgan is described as a white male around five feet 10 inches tall and weighing 175 pounds. He was last seen wearing camouflage pants and a camouflage shirt.

Law enforcement officials say if you see Morgan do not approach him but contact authorities.

Anyone with information about his whereabouts is urged to call the Benton County Sheriff’s Office at 731-584-4633.