LEXINGTON, Tenn. — The city of Lexington has a new mayor. Vice Mayor Jeff Griggs was elected Thursday during the city’s municipal election. 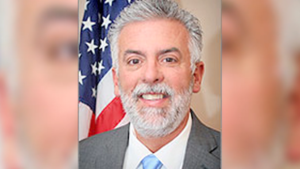 “I think Jeff is well qualified,” Jowers said. “He’s served as vice mayor, he knows the community and he knows the people, and I think he’ll make an excellent mayor.”

Griggs is a lifelong resident of Henderson County and currently works for the Beech River Watershed Development Authority. He has served on numerous community and civic boards.

We asked people in the Lexington community what they hope he brings to the table.

“I think he could do a good job helping out some of the local businesses around here,” local lawyer Sam Hinson said. “I know that’s one thing we’d like to see around the square, a lot of new local businesses coming in.”

“Both guys running for mayor were great,” local resident John Went said. “We’ve got a great new mayor. I just hope he tries to work hard to get more industry in this town. We’ve lost a lot of industry.”

As Mayor Jowers leaves the position he’s served for seven years, he has a message for the Lexington community.

“I would like to say that I deeply appreciate the compliments the residents of the city have given to me,” Jowers said. “I hope I’ve performed up to their standards. I leave with a real good feeling.”

We tried calling Mayor-elect Griggs for comment. His team says he is out of town and unavailable to comment.