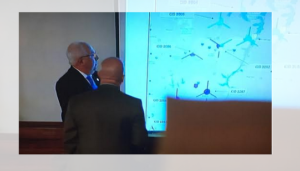 SAVANNAH, Tenn. — During testimony today, a witness with expertise in cell phone towers went over the maps showing cell phone usage for many of those allegedly involved the case.

The prosecution also clarified that cell phone usage does not inherently indicate that the person was at a specific location, only their cell phone.

The witness explained that Holly Bobo’s cell phone and Zach Adams’ cell phone were originally operating in separate areas, but that the two phones later began operating from the same general area.

Later in the day, according to the witness’ testimony, Zach Adams’ and Holly Bobo’s phones once again began operating from the same area, although by this time Jason Autry’s phone was operating in another location.

Finally, Holly Bobo’s phone began operating in a separate area from Zach Adams’ phone. It is at this location, according to the witness, that her phone was recovered following her disappearance.