HARDIN COUNTY, Tenn. — Guests at Pickwick Landing got the opportunity to spend their Sunday enjoying the scenic views of the state park while enjoying a brew that supports it. 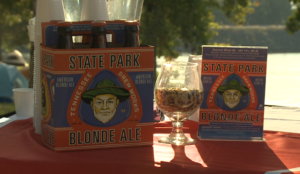 A brewing company from Nashville launched its first craft beer that benefits parks across the Volunteer State.

“One of the great things I’ve been telling people is, if they enjoy how beautiful Tennessee is, support it by drinking a beer,” said Thomas Gingerich of Tennessee Brew Works, “and you’re going to be supporting your state parks as well.”

“It’s a light beer. It’s refreshing after a long day on the road. It’s not a heavy beer, but it’s not like water. It’s not a watery beer. It’s got some guts to it. A little citrus at the back end,” said state park guest Gerald Graham.

State park representative say this partnership has been in the works for a few years now; a portion of the proceeds from the craft beer, going to the Tennessee State Parks Conservancy. 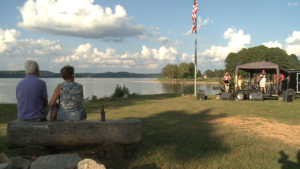 They also say they hope this partnership exposes to a new audience, all that state parks have to offer.

“There’s information on the bottle that you can go to the Tennessee State Parks website and find out more about the opportunities in our parks,” Gilman said. “We’ve got 56 parks throughout the state, and every Tennessee resident is about 30 minutes away from a Tennessee State Park.”

Park guests and taste testers describe the beer as perfect for the environment. 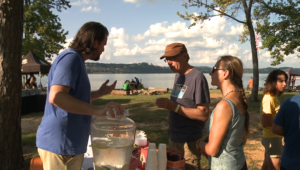 “It’s perfect for bikers that are like, dying after spending 3 or 4 hours, or 5 hours, on the road to come to a place like this, a beautiful park like this, and have a nice cold beer,” Graham said.

Brew Works representatives say, if the blonde ale is successful, they hope to add more styles of craft beer to the Tennessee State Parks collection.

They also say you should be able to find the State Parks Blonde Ale in local retail stores in your area, in just a couple weeks.