HUMBOLDT, Tenn. — We now know an explosion that rang out in Humboldt Saturday morning claimed the life of the elderly woman who was trapped inside. 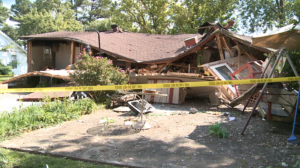 Just steps away from the Humboldt fire station No. 2, an explosion Saturday morning has shaken the Avondale Road community after the homeowner passes away.

According to family, Saturday night around 8:30p.m. Nancy Crocker, 81,  passed away inside the Memphis burn unit.

The Humboldt Fire Department was on the scene quickly to rescue Crocker after a gas leak caused her home on Avondale Road to explode.

Glass had shattered and walls blew off the foundation. A little after six Saturday morning, her family believes Nancy turning on her gas stove ignited the explosion.

She was still conscious when firefighters rescued her from the debris. 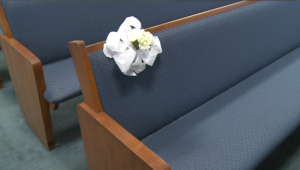 Miss Nancy’s brother says his sister was always a fighter. Diagnosed with polio as a child, she was told she wouldn’t live past her teenage years.

But she survived. Got married and had three kids of her own.

Miss Nancy’s church family says she was a founding member of their church. They say she’ll be remembered as a sweet woman who was always there for her community.

This Sunday was different at Avondale Baptist Church, which is just around the corner from the explosion site.

The pew where Miss Nancy sat every Sunday, this Sunday was marked with white flowers and ribbons in her memory.

Although we know gas was a factor in this explosion, the official cause is still under investigation.