GIBSON COUNTY, Tenn. — The Gibson County Fire Department says when it comes to fighting fires and saving lives, they need all the help they can get. 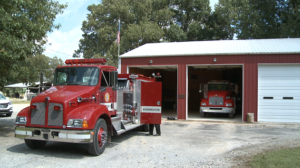 “Several years ago, we had a house catch on fire down the street from where I lived, and I went up there to try to help them, and that’s how I got my start,” said John Baker, rescue chief for Gibson County Station 9.

Baker has been a volunteer firefighter in Gibson County for more than 30 years.

“It was my neighbors, and I wanted to help them out,” Baker said. “And I just think that is one of our callings, is to help our neighbors.”

“Volunteer fire departments all over the United States, we’re having a terrible time of getting firefighters, especially in the daytime, but all around the clock,” Cathey said.

This is why he says he’s excited to receive a retention and recruitment grant of more than $580,000.

“We will be able to equip them with brand-new turnout gear as soon as they join,” Cathey said. “And my most favorite is being able to pay the firefighter for responding.”

The fire department reminds those interested that there’s a job for everyone. 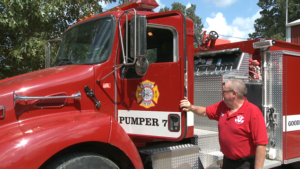 Gibson County Fire Department representatives say their turnout coat does more than protect them from the heat of a house fire. It also symbolizes that they protect their community when they need it most. 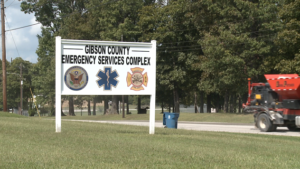 “It’s no greater feeling to help somebody and know that you’ve done the best you can do,” Baker said.

Chief Cathey says they currently have around 150 volunteer firefighters but need a minimum of 200 for the eight stations across Gibson County.