HARDIN COUNTY, Tenn. — The ninth day of the murder trial for Zach Adams comes to an end as the defense attorneys representing Adams rest their case. 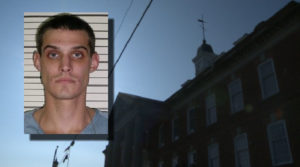 The state and defense will present their closing arguments Thursday.

Judge Creed McGinley said he will read charges to the jury Thursday morning. He also said he will not dismiss any counts against Adams.

Adams told the judge he had decided not to testify.

Zach Adams is one of three men charged in the kidnapping, rape and murder of 20-year-old nursing student Holly Bobo. She disappeared in April 2011 from her Decatur County home.

We’ll have a roundup of Wednesday’s testimony on WBBJ 7 Eyewitness News.