MILAN, Tenn. — A Milan High School assistant football coach, who is also a teacher’s assistant, has been suspended without pay by the district after a 16-year-old student says she had sex with 22-year-old Kendall White. 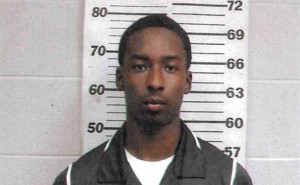 “We had a report the other day about an inappropriate relationship between one of our teacher’s assistants and coach with a student at the high school,” Milan Special School District Director of Schools Jonathan Criswell said. “From that point, we turned it over, the investigation, to the Milan Police Department.”

White was arrested Monday and charged with statutory rape by an authority figure.

Although Milan High School is where the 16-year-old student alerted police about the inappropriate relationship, the incident in question took place off campus.

“Anytime something like this comes up, we immediately step back and allow the police department to do their roles,” Criswell said.

Both the student and White told Milan police they had sex one time. 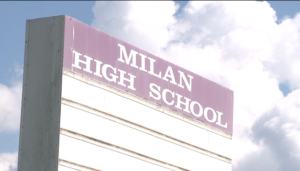 According to court documents, it happened inside White’s car in an vacant lot near her home in August, around the start of the school year.

“He is suspended without pay from both his teacher assistant position and his coaching position,” Criswell said.

According to the Milan Special School District, this is White’s first year as a teacher’s assistant. Although he’s been a volunteer coach with the football program since 2013, last season was his first as a paid assistant, the same year White met his accuser, according to court documents.