SAVANNAH, Tenn. — As the Holly Bobo murder trial wraps up in Hardin County, its impacts are reaching far beyond the courtroom. 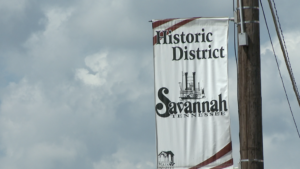 “I feel like it’s giving us a name,” Savannah resident Cody Franks said.

But maybe not a name those in Savannah want.

With a population at just over 7,000, the small city is known to many as a quiet tourist destination on the Tennessee River.

But lately, it’s been anything but quiet.

But as the trial wraps up, business in the area has not.

“Since the trial has started, our lunch has been crazy,” said Caitlyn Hosea, a server at Ma Ma Fia’s, an Italian restaurant right across the street from the courthouse.

She says lately she’s served many people that aren’t from the area.

“They’ve become regular since they’ve been here,” she said.

Many on Main Street say they don’t like what the attention is about, but it has brought in a lot of business to stores in the area.

“It’s a tragic thing that happened, but I think it’s good for the town to have more people coming in,” Lomont Robertson said.

Robertson owns a car detailing business and has lived in Savannah his entire life. He says the national attention may bring in more tourists.

But others say they’re ready to have their small town feel like home again.

Stay with WBBJ 7 Eyewitness News for constant updates on the trial.