HARDIN COUNTY, Tenn. — Everyone is anxiously awaiting a verdict in the murder trial of Zach Adams at the Hardin County Courthouse. 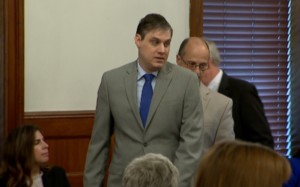 Prosecutors and defense attorneys are in the building, and the jury started their deliberations for the day around 8:30 Friday morning.

So far, there have been no questions asked. At this point, the jurors have been deliberating for about six hours.

WBBJ 7 Eyewitness News spoke with some people who say they are hoping the verdict comes out Friday since the jury also had three hours of deliberation under their belt Thursday.

If Zach Adams is found guilty of felony murder, we will automatically go into a penalty phase where they will decide if he gets the death penalty.

If he is found not guilty of felony murder but is convicted of other charges, a sentencing will be set for a later date.