JACKSON, Tenn. — The man charged with shooting seven people, killing one, at a church in Middle Tennessee on Sunday will make his first court appearance later this week. Local pastors say they are taking steps to protect members. 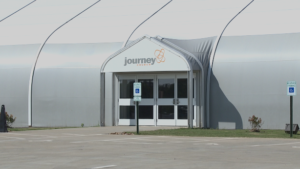 Lawrence runs the security team at Soulquest Church in Jackson. They meet Sundays at the STAR Center. “It doesn’t matter if you’ve got 20 in your congregation or if you’ve got 3,000,” Lawrence said. “Every church needs some kind of security.”

They watch the entrances, lobby and kids area, plus patrol the parking lot. Members appreciate the protection. “That makes me feel good having an 11-month-old baby, knowing that our security team is ready for anything,” SoulQuest Church Operations Pastor Austin Coleman said.

Jeremy Brown, lead pastor at Journey Church in Three Way, said they have about 20 trained security members. “Most of them are law enforcement or ex-military,” he said.

Brown said they participated in live firearm and triage training.

Brown said the kids area at Journey Church is also protected. He said you need a pass to get in. “Each kid is checked into and out of a classroom, so they can’t be collected without that security tag,” Brown said.

Lawrence said at Soulquest Church they try to have five members of the security team patrolling each service. “It’s sad that it’s come to this,” he said.