HARDIN COUNTY, Tenn. — Here in West Tennessee, one local town has been in the public eye for weeks now, receiving many visitors as the Holly Bobo murder case began to unfold. 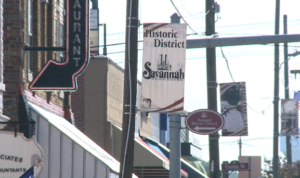 Residents are readjusting now that the trial for Zach Adams has ended. The city of Savannah has been in the limelight over the past two weeks with the high-profile Holly Bobo murder case taking place right in their small town.

“Noticed the last two weeks there’s been a lot of traffic coming down this road because of the road blockage over around the courthouse and stuff,” another resident, Rhonda Bishop, said.

Residents say the case brought a lot of change to the city, but things are starting to get back to normal.

“More relaxed in this town now,” Warren said. “It was like a ghost town, this end of town, because everybody was staying home watching the trial.”

Warren said now that the trial has ended, business is picking up again. “I was really busy this morning. All last week it was like real slow because of the trial mostly.”

Some say the amount of traffic in town even made driving stressful.

“Was really scary thinking there might be a collision here in front of us and everything, but now it’s kind of died down a lot,” Bishop said.

Now that the dust has settled, residents say the mood has been nothing but good vibes. “It seems like there’s a lot more at peace here after the verdict and stuff,” Brown said.

“We got some grace,” Warren said. “The Bobo family will most definitely be at ease now.”

Although the trial for Zach Adams has ended, a status hearing will be held in November for the two other men charged in Bobo’s death.