JACKSON, Tenn. — The Tennessee Bureau of Investigation has announced a new addition to the agency’s public information office. 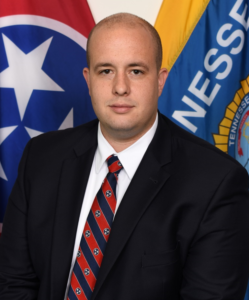 Micheal Jones is now handling TBI public information communications for the western region of the state, the TBI announced Monday.

Jones will be based in the Jackson office and sometimes in the Memphis office and will work to provide services to Judicial Districts 24 through 30, which comprise 21 counties in the West Tennessee region.

Jones is a graduate of Middle Tennessee State University and the Nashville School of Law and is a licensed attorney.

He formerly served as the director of communications for the Tennessee Department of Mental Health and Substance Abuse Services.