HENDERSON COUNTY, Tenn.- A Lexington man says he is hoping to identify five men who he says trespassed on his front yard earlier this month and stole his ATV, while he and his wife were asleep. Luckily, he said it was all caught on camera. 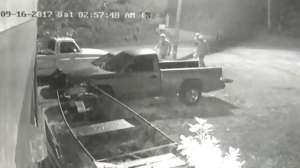 Jimmy Mullins said he was in disbelief as he watched surveillance video of a group of men driving onto his own front yard and stealing his ATV.

“I felt violated, just the way they walked up in my yard and did it,” said Mullins.

A white vehicle, it appeared to be a white Chevrolet pickup truck, pulled up and they parked across the road, 5 white males got out of the vehicle,” said Inv. Danny Crownover with the Henderson County Sheriff’s Department.

Mullins said the ATV is a white Honda 300 with a red head light and aftermarket fenders.

By your right leg, where the muffler goes up under the fenders, there’s a melted spot where it got hot and melted the fender right by our leg,” said Mullins.

The Henderson County Sheriff’s Office said it may not be the first offense for this group of thieves.

There’s been some related motorcycles and four wheelers stolen in different parts of the county, and we think they may be related,” said Inv. Crownover.

Investigators remind you to always keep your valuables protected. 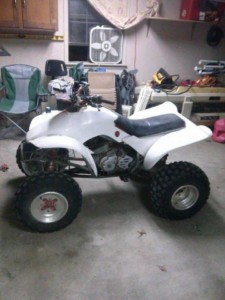 “Keep them locked up, hide them. Don’t make it easy for them. These people are seeking easy targets, said Inv. Crownover.

Mullins said his wife is still shaken from the invasion, but they would feel better if the culprit were captured. 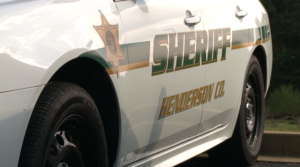 “She’s a nervous wreck now. Anytime we hear something outside, straight out of the bed now,” said Mullins.

If you have any information on this crime, the Henderson County Sheriff’s Office urges you to call them immediately at (731) 968-7541.