JACKSON, Tenn. — Investigators are calling a fight that broke out at a local school gang related, and now they want to bring awareness to gang activity in the area. 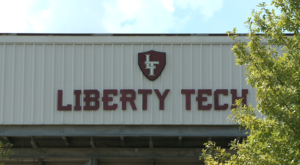 A day that was supposed to be full of celebration quickly changed at Liberty Tech Magnet High School.

“Friday was their homecoming, and gangs chose to take advantage of the opportunity and wore the colors of their gangs, and it caused friction,” Madison County Sheriff John Mehr said.

Mehr said a fight broke out between two students just after noon Friday. One student was arrested and charged with disorderly conduct.

One of the reasons Sheriff Mehr believes this was gang related is because of an earlier incident that happened the same day between those two students.

“We knew that morning the fight we weren’t involved in was caused by possibly gang members,” he said.

But Mehr says gang activity in the area is nothing new.

He says in order to combat the problem, people need to know the signs.

And when it comes to gangs in schools, he says parents need to be part of the solution.

“They need to know if their kids are in gangs or associating with gang members so they can be part of the solution also,” he said.

We reached out Tuesday to the Jackson-Madison County School System, but they were unavailable for comment regarding the incident.