HAYWOOD COUNTY, Tenn. — A man faces an aggravated assault charge after a gun scare Tuesday morning at a Brownsville bank. 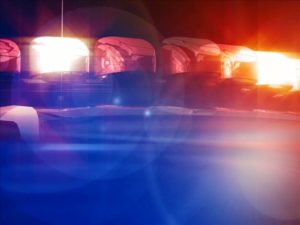 Police responded just before 9 a.m. Tuesday to the main branch of Insouth Bank for a report of a man with a gun, according to a release from the Brownsville Police Department.

Officers got a description of the man and searched the surrounding area. While they were searching, the man returned to the bank around 9:15 a.m. where his car was still located.

Patrick Dailey Jones, 23, of Brownsville, was taken into custody after a brief struggle, according to the release. A 9 mm handgun was found in his left front pocket.

Police say Jones sustained a minor cut to his head while being taken into custody.

Jones was cleared by EMS and transported to the Haywood County Jail on an aggravated assault charge.