UPDATE — A 17-year-old male from Milan has been arrested and is charged with two counts of first-degree murder in the shooting, according to the Milan Police Department.

Another 17-year-old is also being sought in connection with the shooting.

Milan police and U.S. Marshals are working together to find the suspect.

MILAN, Tenn. —  Tragedy strikes overnight in Milan as two men are shot and killed outside an apartment complex. Investigators have been working to find the person responsible. 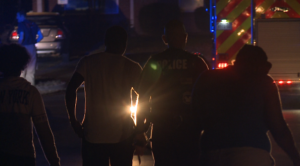 Two young men were gunned down outside of the Meadows of Milan apartment complex around 9:30 p.m. Tuesday.

“One of them just became a father,” an unidentified family friend said. “He has a daughter that’s 5 months old. The other guy just graduated from high school.”

“All I know, somebody texted me and told me two youngsters got killed, and we need to stop the violence and stop killing our young people,” a neighbor said.

A heavy police presence was on the scene moments after the gunshots rang out. Investigators said when they arrived they found the two men lying on the ground. One of the men was pronounced dead at the scene. The other man was taken to an area hospital where he later died.

“From my understanding, one of them was shot in the head,” a family friend said. “The other one, I’m not really sure where he was shot at.”

Family and friends of the victims, who did not want to be identified, say they never expected something like this to happen in their small town. 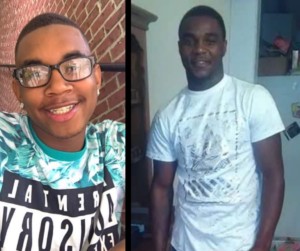 “To actually visualize and to actually see two young men’s bodies laying there is like the most painful, crucial thing that you can ever see.”

Dozens of community members rushed to the Meadows after hearing the news.

Milan police haven’t confirmed if they have any suspects or leads. Chief Bobby Sellers says the case is active and ongoing.