JACKSON, Tenn. — The United Way of West Tennessee is lending a helping hand to authorities in the fight against human trafficking.

Hotel rooms across the country are being used as safe havens for human traffickers and their victims. One snap at a time, volunteers are using their phones to help in the cause to fight human trafficking. 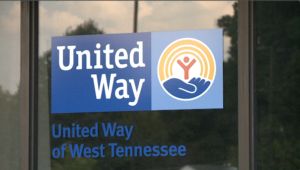 Armed with a smart phone, the United Way and its volunteers work to prevent human trafficking in West Tennessee. With the help of an app called Traffickcam.

“The app was created for people, as they go check in to hotel rooms to download the app,” President United Way West Tennessee Scott Conger said. “Snap a few pictures, upload it to the database.”

Wednesday night youth volunteers from City Fellowship Baptist Church did just that. Taking pictures inside hotel rooms. So if a victim is photographed there, the location can be identified by police.

“People post things on for sex trafficking that they’re monitoring,” Conger said. “They can run those algorithms and find out, hopefully, where there individuals are and prevent something bad from happening.”

With hotels permission they were able to hit eight locations Wednesday. Which is just a start for our area, that could be a target being near a major highway.

“We have I-40 that runs right through Jackson,” Conger said. “The ability to move people is very easy. So we need to make sure we’re doing what we can to prevent that from happening.”

“We need to make sure everyone in West Tennessee is on the same page,” Conger said. “We want to work to end human trafficking and end slavery in 2017.”

The United Way’s goal is to get images from all Madison County hotels, then branch out to hotels in its 14 county service area.

According to government statistics, human trafficking is a $32 billion-a-year industry.