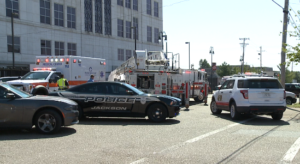 “They go through their protocols, then they notify, they call 911, fire department comes, so we came down. We set up a hot zone down here to work it,” Clements said.

Around 11 a.m. Thursday, Shannon Street in downtown Jackson was blocked while first responders assessed the situation.

“They have protocols when they open up packages or they find things there that are suspicious,” Clements said.

Clements said two people had to be decontaminated for safety reasons. 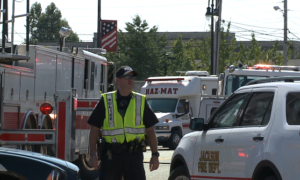 “We have checked, and as of right now there are no signs of anything being positive. All the reports are negative on the samples that they took,” Clements said.

As the scene cleared, the federal courthouse reopened shortly after noon on Thursday.

The FBI has been notified about the incident and is investigating what was inside the package.

“Right now they’re doing all the stuff on it, but we know that it was not hazardous, and none of the people exposed have any problems,” Clements said.

Clements said all responding agencies did exactly what they are trained to do. “We practice this a lot of times,” Clements said. “It’s been a while since we practiced everything, but all the procedures were followed, all the checklist was done, and it was very professionally handled.”

People in the area were initially told to move away from the building and stay inside nearby facilities.