JACKSON, Tenn. — West Tennesseans had the opportunity to experience cultures from around the world Saturday, all while taking a stroll down the streets of Downtown Jackson. 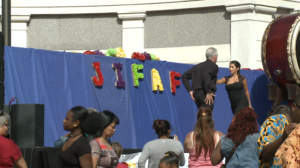 “I think if we embrace other people’s cultures and by understanding the different cultures and heritage of other people, we get to know them better, and that promotes peace and unity,” said Dr. Sandra Dee, co-chair of the Jackson International Food and Art Festival.

Mexico, Japan, and the Philippians were just some of the countries represented at the 4th annual Jackson International Food and Art Festival Saturday.

“All nations are here in peace and love and willing to share this without any anger or hate, and this is what our world needs more of,” said Karen Freespirit of the Cherokee Nation booth.

The festival offered cultural entertainment, retail vendors, and food from around the world.

“..so they had tubuli. I’m hummus and tubuli. We had fruit. I think we have some chicken ordered; quite a few things,” said event attendee Kimberly Coleman. 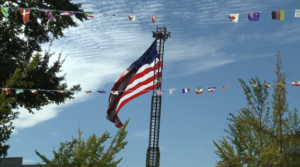 “We’ve been sharing a lot of our songs, our dances, our culture, our crafts, a little bit of everything; our spirit,” Freespirit said.

Freespirit says, it is also important to keep their Cherokee language alive here in West Tennessee. They taught WBBJ 7 Eyewitness News how to say hi.

“Osiyo,” said the children of the Cherokee Nation booth. 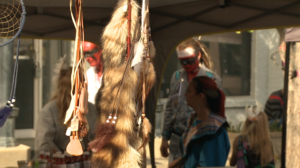 Festival representatives say, the world would be boring if we were all alike.

“Everybody is different,” Dr. Dee said, “but we have to find strength in our differences.”

Dr. Dee says, the festival this year was the biggest they’ve had so far, with around 10,000 people in attendance. She also says she expects the celebration to continue to grow, being even bigger and better next year.