JACKSON, Tenn. — September is childhood cancer awareness month, and runners paired up with a local business to help raise money for a cure. 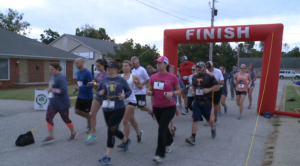 That was the goal for runners as they laced up their shoes Sunday morning.

“We’re raising money today with the 5k run, to try to raise money for childhood cancer research and to help families that have costs associated with childhood cancer,” said Raybo Dunn, managing director for Northwestern Mutual in north Jackson.

The company hosted the 5K as a local effort through the national organization, Alex’s Lemonade Stand Foundation.

“Alex Scott was a little girl from Connecticut that was diagnosed with childhood cancer,” said Dunn. 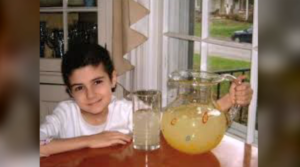 When Alex was four, she told her parents she wanted to set up a front yard lemonade stand to raise money, and help kids like her.

Alex went on to host lemonade stands every year until she passed away at 8 years old, one week after she raised $1 million to help find a cure for the disease that took her life.

“It’s really not hard to find somebody that’s been touched by this,” Dunn said.

35 runners took on the course, including Debbie Pendergrass, the race director.

“Four percent of all federal funding goes towards the research of childhood cancer, and so we want to do as much as we can to raise those funds and awareness,” she said

The goal is to help those like Alex find a cure.

This was the first year for the race, but organizers with Northwestern Mutual say they hope to make it an annual event.