LOS ANGELES (AP) — A spokesman for the Los Angeles Police Department says it has no information on the well-being of Tom Petty and its spokespeople did not provide info CBS News used to report the rocker had died. 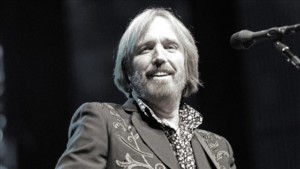 Officer Tony Im said Monday that the LAPD did not respond to any incident involving the rocker. CBS has since amended its story, and the trade Variety also retracted its obituary, which cited an unnamed source confirming Petty’s death.

The news outlets reported Monday afternoon that Petty was dead at age 66. CBS did not cite a source in its story, but tweeted that LAPD confirmed Petty’s death. CBS now says he is “clinging to life.” The reports led to the scheduling of a memorial at Petty’s star on the Hollywood Walk of Fame, but that was canceled.

Above information from The Associated Press

Petty suffered a full cardiac arrest and was found unconscious and not breathing Sunday night in his Malibu home, according to CBS News.

Petty was best known as the lead singer of Tom Petty and the Heartbreakers. Their hit songs include “American Girl,” “Free Fallin’,” “Breakdown,” “Listen to Her Heart,” “Mary Jane’s Last Dance” and other rock radio staples.

With more than 80 million records sold, Petty was one of the best selling music artists of the 20th century and was inducted into the Rock and Roll Hall of Fame in 2002.

CBS News contributed to this report.