JACKSON, Tenn. — A man from West Tennessee was among those killed Sunday night in a mass shooting at a country music concert in Las Vegas. 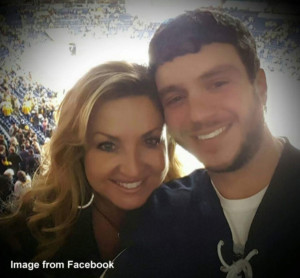 Sonny Melton of Big Sandy was killed in the shooting. He was a registered nurse employed by Henry County Medical Center and had previously worked at Jackson-Madison County General Hospital.

His wife, Heather Gulish Melton, was also at the concert and survived the shooting, according to a statement from Henry County Medical Center where she was also employed as an orthopaedic surgeon.

“Our hearts go out to the family of Sonny Melton, a 2015 Union University graduate who was killed in the Las Vegas shooting yesterday.

Sonny completed his Bachelor of Science in Nursing Accelerated degree from Union and was president of his BSNA class. He worked in the emergency department at Henry County Medical Center and was attending the country music festival in Las Vegas with his wife, Heather Gulish Melton.”

“The events that occurred on Sunday, October 1 in Las Vegas hit close to home for our care
community. Henry County Medical Center is deeply saddened by the tragic loss of life that
occurred. This event hits close to home for all of us in Paris and Henry County. Two employees
of Henry County Medical Center were involved in the mass shooting in Las Vegas Sunday night.
Unfortunately, one of those employees, Sonny Melton, R.N., was killed in the attack. His wife,
Heather Melton, M.D., Orthopaedic Surgeon at Innovative Orthopedics survived the mass
shooting.

“The thoughts and prayers of the entire HCMC family are with Sonny and Heather’s families,”
said Thomas Gee, CEO at Henry County Medical Center. “We ask that all staff, friends, and
patients of the couple respect their privacy at this time and refrain from contacting the family and
the HCMC Kelley Clinic if they do not have a reason to do so.”

Henry County Medical Center has provided counselors for any staff affected by the incident, according to the release. You can read the full statement here.

“We are very saddened by the news of the Las Vegas shooting yesterday. Our hearts go out to all the victims and families who have been impacted by this tragedy. Our deepest sympathy goes out to the family of Sonny Melton. Sonny Melton worked for West Tennessee Healthcare as a Surgical Intensive Care Unit RN in 2016. His former nursing director, Trisha Ross, says, ‘He was a kind, compassionate nurse who lived life to the fullest. He took great care of his patients.'”

“I am praying for the many people affected by the senseless act of violence in Las Vegas. In particular, Crissy and I extend our condolences and prayers to the family of Sonny Melton from West Tennessee who was among those killed in this tragedy.

We know other Tennesseans were in attendance or performing at the event, and my thoughts go out to them as we grieve and process the enormity of this attack. Tennessee stands with Las Vegas during this difficult time.”

Police say the suspected gunman, 64-year-old Stephen Paddock, killed at least 50 people and wounded more than 400 at the Las Vegas concert. Police say he was a retiree with no criminal history in the Nevada county where he lived.

The shooting is being called the deadliest in modern U.S. history.

WKRN in Nashville and The Associated Press contributed to this report.