It’s all quiet in West Tennessee tonight with mostly clear to partly cloudy skies and temperatures in the lower to middle 80s again. Conditions in the western Caribbean Sea are becoming increasingly active as it looks like in a matter of moments, we’ll be watching Tropical Storm Nate come together. This storm bears watching for the southeastern U.S. including for the sake of our own forecast in West Tennessee.

Under partly cloudy to mostly clear skies, temperatures will drop to the middle and upper 50s with calm winds. After the cool start, it’ll be another warm and mostly sunny afternoon tomorrow with highs in the lower and middle 80s. Conditions will remain dry with just a little bit more cloud cover for parts of northwest Tennessee where temperatures may be slightly cooler. 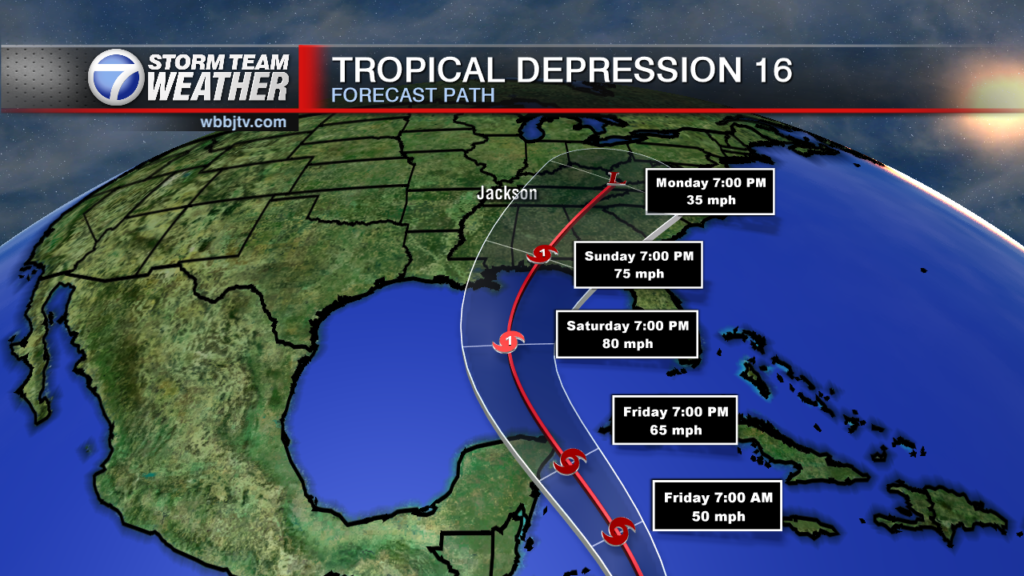 A greater chance for rain will be returning over the upcoming weekend as moisture moves in from the Gulf of Mexico and interacts with an approaching cold front from the northwest. This will take place as possible Tropical Storm Nate moves north into the Gulf of Mexico and eventually moves closer to our area early next week. This storm will bring rain chances up if it ends up heading in this direction but that is something models are not in agreement on yet. Some models have showed 3″ of rain falling while others show very little if any so stay tuned to WBBJ 7 Eyewitness News for the latest forecast and stay with Storm Team Weather on-air and online for more updates!