JACKSON, Tenn — A concerned mother said she had been reaching out to district leaders about overcrowded bus routes, but when she claims no action was taken ,she called WBBJ 7 Eyewitness News for help.

A mother said too many students were assigned to bus routes 11 and 156, servicing Liberty Tech High School. According to her, it has been an issue so far this school year year, but leaders with the Jackson-Madison County School System disagrees.

“Comfort is more of an issue,” Jackson-Madison County School Director of Transportation Dr. Bryan Chandler said. “So as the students get older, we have to really look at how many can comfortably sit on a bus.” 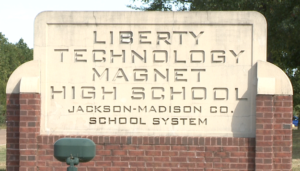 The district said no bus routes exceed the 72 passenger limit. But that concerned parent said Tuesday her child called, needing a ride home, because they claim the bus was too full.

The parent also tells us the following day the school’s principal was tasked to drive some students home.

“Yesterday, when we were working on the issue, we had students that, while we were trying to fix the problem, and we took those student home in other district vehicles,” Dr. Chandler said.

The transportation director says an influx of students moving into that school zone this year has caused an increase in bus riders.

According to Dr. Chandler, there are enough buses to effectively move students to and from campuses. But having a few more, he said wouldn’t hurt.

“We could always use more buses,” Dr. Chandler said. “Cause obviously the more buses you have, the easier it is the spread students out.”

That parent told WBBJ 7 Eyewitness News Thursday there was no issue with their bus being overcrowded. The additional students were put on a different bus route.

Dr. Chandler said parents and students are encouraged to inform school leaders if they experience a crowding issue the district needs to assess.