BELLS, Tenn. — A new grant given to Crockett County is helping save the historic Bells Theatre. 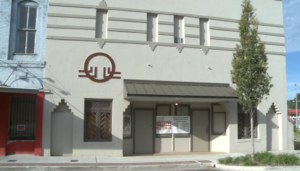 “The grant is for the renovation of the theater. It’s a multi-functional facility we are going to have here in Crockett County,” Crockett County Chamber of Commerce Director Charlie Moore said.

The Delta Regional Authority gave a $200,000 investment in hopes to create a workforce training center in Crockett County. The goal is to train up to 500 workers a year.

“This is huge for us here in Crockett County because there has never been anything like this to offer our industry or future industry coming to Crockett County,” Moore said.

“I spent a lot of time in here from the time I was a little boy until the time it closed,” City of Bells Mayor Joe Williams said. 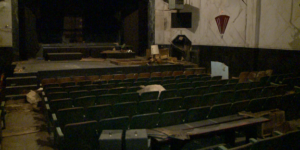 The theater was built in 1936 and is now unused. It’s in need of some much needed TLC.

“This theater will have to be gutted. It is a building that has been let go of for many years,” Moore said.

This won’t just be a training facility either.

“This will also be a multi-functional facility that will have arts and recreation in the building,” Moore said.

From plays to weddings, the new renovated space will be pivotal in the county.

The city bought the building next to the theater in hopes to use that space as an expansion to house additional dressing rooms and other rooms needed.

“It was just a good place to come to,” Mayor Williams said. “People would just come into town just to go to the picture show and they would come on Saturday.”

Most importantly, officials hope it will help the town grow.

“When you get that much activity in a downtown area, we know it will be a great economic impact,” Moore said.

The theater will be managed by the arts council in Bells, and officials say they already have many groups wanting to use it for performances.