Tanya Maness of Finger, TN was born April 3, 1976 in Selmer, TN the daughter of the late Jerry Paul and Wanda Lee Montgomery Hamm. She was a Registered Nurse at Jackson Madison County General Hospital in Jackson, TN. She is the wife of Ronald Maness. 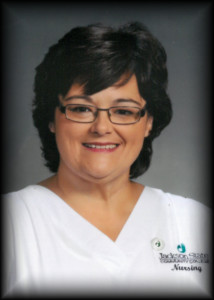 Most important to Tanya was family and spending time with her daughter Madison. Tanya was a member of the Enville United Methodist Church and enjoyed working with the youth at the church. Her lifelong goal was to become a Registered Nurse. She attained that goal in April of this year when she received her Nursing Degree from Jackson State. Her passionate hobby was photography. She also enjoyed deer hunting and University of Tennessee football. Tanya departed this life on October 1, 2017 in Memphis at the age of 41 Years, 5 Months, 28 Days.